We all have doubts about our worth and abilities. Be it with our looks, grades, jobs, salaries, relationships- chances are we all have questioned our worth with someone who’s doing better than us in a particular area. And it’s human to feel inadequate sometimes. After all, this is what keeps us grounded and motivates us to do better in whatever we set our mind.

But the problem arises when you find yourself stuck and not able to put your best foot forward because apparently, this feeling of inadequacy has consumed your mind so much that it’s difficult to break the pattern of these negative thoughts.

A social comparison is a measuring tool that humans use to evaluate their self worth by comparing themselves with others. These evaluations cover social stature, job, income that determine the value of a person in society. Even though these comparisons are natural, some people find it difficult to overcome from these comparisons. And these recurring comparisons further result in insecurity, scientifically termed as Inferiority Complex.

What does inferiority complex mean?

Inferiority complex is a state of belief where a person lacks self-worth and believes not measuring up to the social standards. It is a complex state of mind where an individual keeps himself under the shield covered with shyness and low self-esteem that ultimately diminishes his creative skills and self-worth. There are a lot of factors that contribute to feeling inferior among others, and social comparison tops the chart.

According to Adler, all humans experience comparison in their childhood which accumulates into inferiority and expend most of their adult life reconciling with those feelings. As people step into adulthood and bear different responsibilities, this feeling of inferior lingers in different severity in different people.

For example, one might use this feeling as a tool to improve themselves in both professional and personal grounds. And for some, this feeling of inadequacy can consume them in a way that it becomes difficult for them to function normally according to situation and events. People who have a hard time battling inferior thoughts are said to have an inferiority complex.

There are a lot of elements that contribute to feelings of being inferior to others, but some common reasons are as below.

How to identify the symptoms of inferiority complex?

One of the most common symptoms of inferiority complex is feeling a lack of belonging in society. These people sense they are not worth having an emotional connection in their social circle because others are always better than them. And most of the time, these are false beliefs which they create on their own and are hardly the truth.

Furthermore, people who have inferiority complex try their best to outrun other people to feel validated and secured with themselves. And, if by chance they fail to do so, they can start projecting their insecurities on other individuals by criticizing to feel better. However, we can conclude that this is the end of the spectrum of social connection when one continuously lashes against others after failing at some tasks.

Another common symptom that inferior people project is constant blaming. They perceive themselves as a victim of circumstances and always look out for reasons to blame. Instead of finding solutions and taking little actions to better their situation, they blame luck and the universe when things do not go according to them. It is normal to vent out your emotions once in a while, but when it turns into a habit, the feeling of insecurity creeps in because they are not in a mindset that requires them to function normally through conflicts.

Those people who have an inferiority complex, tend to associate others' success with luck and fate. They invalidate other individuals' hard work and struggle to give them credits for their efforts. They always have opinions about others, and most of the time, their judgements are on baseless grounds. These people feel a sense of entitlement by vilifying others success. But when it comes to them, they are sensitive to criticism. Even if it is a healthy criticism, they have a hard time accepting, and they perceive the other person with an intent to defame them, which is not the truth.

What are the treatments available for an inferiority complex?

Treating an inferiority complex is possible, and it is more like an inside job where one has to identify and deal with complex psychology to form necessary measures.

Is inferiority complex a mental disorder?

Inferiority complex is not a disorder but a psychological condition where a person has low self-esteem. Adverse events, past traumas, childhood comparisons- these all are some of the reasons that attribute to feeling inferior. If not coped well, it can aggravate one to have anxiety and other mental health issues. There are two types of inferiority complexes.

What is superiority complex?

In psychology, the superiority complex is defined as a behaviour where an individual perceives them to be superior to others. People with this complex have notions about themselves that surpass others. They are highly opinionated and may believe their success always outran other’s success and achievements. However, those who have superior complexes, often use it as a defence mechanism to shield their low self-esteem issues.

It is easy to identify people with these complexes. Here are some examples.

Now, A person who has a superiority complex, holding others less worthy, actually have deep-rooted inferior feelings for themself. And that’s why they end up often displaying the same symptoms of inferiority complex. Both conditions are two sides of the same coin, except the confidence that a person with superiority complex exudes to compensate the areas they lack in, is nothing but a facade.

Inferiority complex is not life-threatening as every person has felt inferior at some time. But an early diagnosis of this behaviour can help prevent one from self-sabotaging thought patterns. 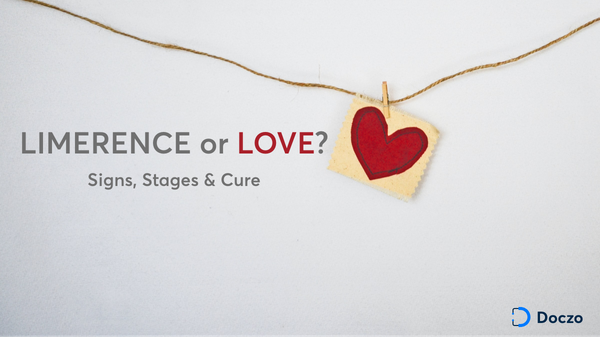 Have you ever been obsessively infatuated with someone? Like, you know, that someone means the whole world to you. You always wake up with an intense desire to have a